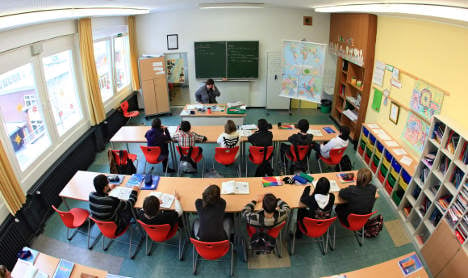 While German students’ scores for maths and sciences were slightly above the average for OECD countries, they still lagged behind the world’s top performers in Finland and South Korea, who tested one to two grade levels ahead.

Germany did have the dubious honour of scoring highly on inequality – with opportunities between native-born children and those from immigrant families sharply divided.

“Germany has advanced from the second to the first league,” OECD Berlin head Heino von Meyer said. “But Germany is still far from the Champions League.”

Germany was shocked a decade ago when the first PISA test showed it was lagging far behind many comparable countries on student performance. Further improvement will require more training and better integration of students from immigrant families, von Meyer said.

Students from 65 countries, including the 33 OECD countries, took part in the 2009 assessment, which focussed on reading comprehension, maths and science for 15-year-olds.

Reading comprehension among the teens was noticeably different than 2000 results, up from 484 points to 497 – on par with other average performers France, Britain, the United States and Sweden, but still well below studious Finland and South Korea, which scored 536 and 539.

And girls were ahead of boys in reading by an average of one school year in Germany.

While the number of students with unsatisfactory results fell, their results were still marked by the social and economic differences between their families, more so than in any other country tested.

“We have come a long way forward in reaching the goal of an educational republic of Germany,” she said, adding that more must be done.

Schavan announced a new national reading programme she announced on Monday. But she said there needed to be more uniformity between states, while parents and communities needed to become more involved.

The selection of teachers in Germany could also be improved, said the head of the PISA study, Andreas Schleicher.

“One should try to win the best brains for the schools,” he told daily Frankfurter Rundschau. “Countries like Finland do this really successfully.”

But progress has been made in the quality of German education, he said, explaining that is has become more hands-on than before.

Improvements have also been made in early child education and the support of immigrant students, he told the paper.

The Paris-based Programme for International Student Assessment (PISA) is the world’s largest standardised educational test, with some 500,000 students taking part this time, among them 5,000 at 223 German schools.