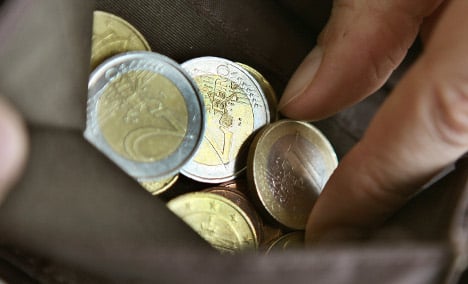 Last week, an issue of 10-year German bonds, which are the eurozone reference, also met with offers for less than was available, amid heightened market tensions stemming from the Irish debt crisis.

This time, the German agency which manages the country’s sovereign debt received offers for just €4.55 billion ($5.96 billion) after tendering five-year bonds worth a total €5 billion, the central bank data showed.

In the end, the agency sold “Bobl” bonds worth €4.13 billion at an average rate of 1.73 percent, during the second round of a bond issue first launched on September 22.

UniCredit fixed income strategist Luca Cazzulani told AFP the main factor behind the result was that the market environment was not so nervous that investors would pile money into low-yield government bonds.

He pointed out that once the European Central Bank (ECB) tightened monetary conditions, something expected later this year, “when you have a German bond yielding barely 1.8 percent it’s hardly a good deal.”

Cazzulani said he was interested in seeing the results of a French bond offer on Thursday that includes an issue with a two-year difference in maturity from the German one to see if some kind of trend was emerging.

Of 70 German bond issues this year, it was only the fifth to be undersubscribed, and the result immediately drove up the rate on 10-year bonds to 2.769 percent from 2.670 percent at the close of trading on Tuesday.

Pressure has grown recently on Greek, Irish, Italian, Portuguese and Spanish government debt, while German bonds, the benchmark for high quality in the eurozone, normally benefit from full investor confidence.

But growing perceptions that strong eurozone countries might in future have to guarantee bailouts for the weak may begin to weigh on the stronger countries’ credit standings.

“Investors are making the connection that at some point if anything goes wrong, it will be up to the countries that have given guarantees to pay the money,” Cazzulani noted.