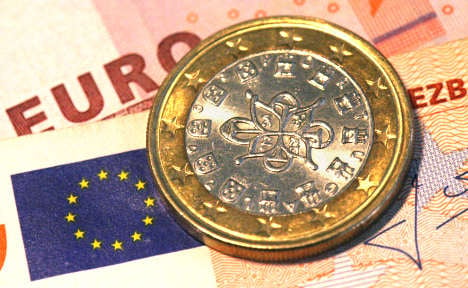 Countries are put under pressure, leading to “fear effects,” Schäuble said. “The markets can make a lot of money in this way,” he added.

Portugal “is under pressure at the moment and therefore it is important that Portugal implement the measures” announced to reduce its deficit, the minister said.

The minister also hailed an €85-billion ($113-billion) EU-IMF rescue package for Ireland after an emergency meeting on Sunday designed to head off the growing pressure on Portugal and Spain.

Schäuble’s comments came as the euro sank in Asian trade Monday with the Ireland deal failing to allay fears that the two southern European countries could be next in line for a rescue after seeing their borrowing costs soar.

Describing the package as a “big success for Europe,” Schäuble said: “I think this programme is suitable for Ireland and if it consistently implements what it has agreed, it can return to a solid and sustainable economy in a few years.”

He appealed for “a bit more calm and a bit more reality” in markets and said there were “no surprises” in new measures agreed by European finance ministers to ensure private investors contribute to the cost of future bailouts.

Ministers agreed that the private sector would in future share the burden after an existing emergency fund expires in 2013.

France and Germany on Sunday reportedly reached a deal that would make the private sector shoulder some of the burden of future EU bailouts only on a case-by-case basis.

The markets have been rattled by German Chancellor Angela Merkel’s proposal for investors to shoulder part of the costs of national bailouts but France’s Le Monde newspaper reported on Monday this would not happen automatically.

The deal would see government bonds coming with “collective action clauses” that would enable their terms to be reviewed in times of crisis, the paper said.

But this would be done on an ad-hoc basis and there would be no automatic expectation that the private sector would have to shoulder some of the burden, the paper said.

The Franco-German deal was being discussed Sunday at emergency talks in Brussels to settle Ireland’s bailout, a diplomatic source told news agency AFP.

EU economic and monetary affairs commissioner Olli Rehn “has put to finance ministers a proposal setting out the shape of the future mechanism,” the source said, which “foresees contributions on a case-by-case basis for the private sector.”

Le Monde said Merkel had hammered out the compromise Sunday in a telephone conference with French President Nicolas Sarkozy.

Merkel made clear on Thursday that a proposal for investors to shoulder part of the costs of national bailouts would apply only after an existing EU rescue scheme expired in 2013.