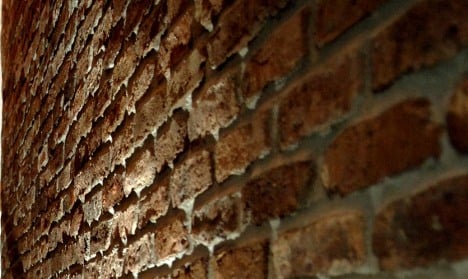 The 64-year-old pensioner in the eastern town of Gumperda had – inexplicably – aimed to seal off the entrance to his cellar and went downstairs armed with bricks, mortar as well as food and drink.

“Whoops, you could say,” the police station in nearby Kahla said in a statement. “He was on the wrong side of the wall when his work was finished.”

The pensioner, whose name was not released, spent the weekend trapped in the basement but on Monday decided to take action.

Using a drill hammer, he went to work not on his own wall but on the firewall separating his home from his neighbours’.

The neighbours, with whom the pensioner had already been quarrelling for months, called the police when they heard the loud drilling. Officers were waiting for the hobby handyman when he broke through to the other side.