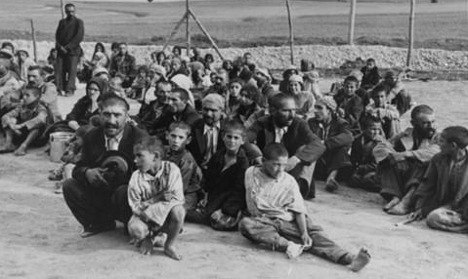 “Samuel Kunz died on November 18 at 5:30 pm, most likely at his home” in Germany, prosecutor Andreas Brendel, head of the central Nazi war crimes investigation unit, told AFP. “We have the death certificate,” he added.

Kunz had admitted working at the Belzec extermination camp in German-occupied Poland between 1942-1943 and was charged in July with helping murder 430,000 Jews and Roma Gypsies. He was also charged over the deaths of another 10 Jews in two separate incidents which also allegedly occurred at Belzec.

“The court was just about to decide on the opening of the trial. It was set to start in Bonn in February,” Brendel said.

Kunz had also been called as a witness in another Nazi war crimes trial, that of alleged death camp guard John Demjanjuk, 90, a Ukrainian-born former US auto worker deported to Munich from the United States last May.

His flat was raided by police in January, at which time he denied being personally involved in killing people, according to prosecutors.

Efraim Zuroff, director of the Nazi-hunting Simon Wiesenthal Centre in Jerusalem, told AFP: “The overriding feeling is one of terrible frustration.”

“After decades in which this man lived freely in Germany, it looked like there was finally going to be a trial. Now of course that won’t happen.

“The only consolation is that he was charged, he was exposed and at least a small measure of justice was achieved.”

But now, with many of the suspected war criminals in their nineties, there has been a flurry of arrests and court cases dealing with war-time atrocities, in what Nazi-hunters say is a welcome change of policy in Berlin.

The most high-profile case is that of Demjanjuk, aged 90, whose trial began last November on charges of assisting in the murder of 27,900 people while allegedly a guard at the Sobibor death camp. He denies the charges.