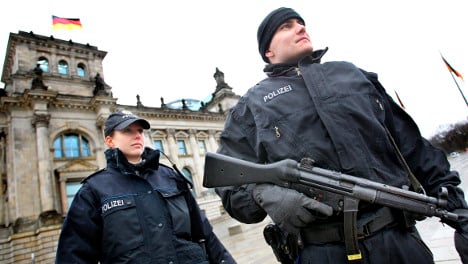 The press office for the German parliament or Bundestag announced Monday morning the dome and roof, popular tourist attractions that offer panoramic views of the capital, would be closed indefinitely.

The announcement followed a weekend report in news magazine Der Spiegel that said Islamic extremists were planning an armed raid on the 116-year-old building, which houses the parliament, in the style of the 2008 Mumbai attack, in which at least 175 people were killed.

Security around the Reichstag had been strengthened “to a considerable extent,” Berlin Interior Minister Ehrhart Körting said. He said there were extra barriers and 60 extra police stationed around the building. The extra layers of security come on top of a previous security boost last week.

Visits to the Reichstag will still be possible for groups that have registered in advance.

Der Spiegel reported on Saturday that German security authorities had received information from an extremist who has been phoning the federal criminal police (BKA) with information.

However police have since said they have no concrete information of an attack on the Reichstag. Nothing was known about precise locations of any possible attacks, a police spokesman said.

Germany has been on high alert since last Wednesday when federal Interior Minister Thomas de Maizière announced the government had “concrete” indications that Islamists were planning an imminent attack.

Germany has nearly 5,000 troops stationed in Afghanistan and this is seen as a key source of Islamist anger against the country.