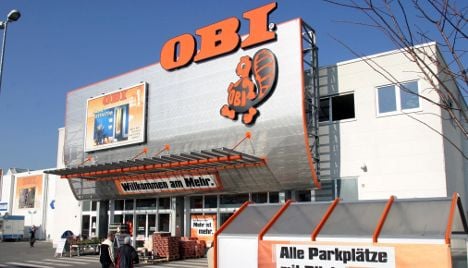 The association, whose seal is recognised as a guarantee of good quality across Europe, says the Obi chain has not removed the stickers despite legal demands for it to do so.

The magazine said a range of potentially dangerous products including chippers, chainsaws and electric grills from the Obi brands Lux and Euromate, were carrying the seal without having earned it.

Lawyers for Obi have denied this, saying that when an Asian or other producer has a main certificate allowing it to use the safety seal, the domestic distributor such as Euromate, does not need to get a co-license.

But Johann Huber, head of the central office for security technology said this was not correct. “Whichever company is on the packaging has to be owner of the certificate,” he said.

The product must be assessed by independent testers such as those from the TÜV, in order to earn the certificate, he said. Only those products which satisfy the testers are allowed to bear the TÜV seal.

Yet TÜV Rhineland is keen to keep Obi – a large customer with its 560 stores – and has already allowed 80 products to be retroactively certified, the magazine said.

It said that talks between Obi managers and TÜV representatives from spring 2009 showed how lax the testers were in effect – although fines of €25,000 were due 26 times, Obi had not paid a cent.

Some products which present particular danger may be sold with new labels which have no TÜV sale, the magazine said.