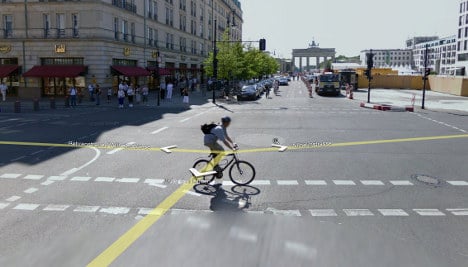 The US-based internet giant earlier this month offered a taste of the new service, which provides panoramic images of streets, public spaces and tourist attractions. But overnight Wednesday, the full system went up on the internet.

Google was due to announce formally the launch of Street View in Hamburg on Thursday morning.

About 250,000 people have registered for their buildings to be digitally obscured in the images because they have privacy fears. The service sparked furious debate over the summer with several high-profile politicians blasting Street View for reasons as varied as simple privacy invasion to a potential aid for burglars.

“I can only warn Google not to take data protection lightly,” she said.

The faces of passers-by, car number plates and other personal data must be blurred out before any pictures were published.

Leutheusser-Schnarrenberger also reiterated her calls for new regulations on so-called “geo-data” services such as Street View. The technology industry should come up with a self-regulation system ahead of a major conference planned for December 7 “which conform with our standards for data protection.”

Otherwise the government would be forced to regulate, she said. The government is in any case working on a discussion paper of the key issues, she added.