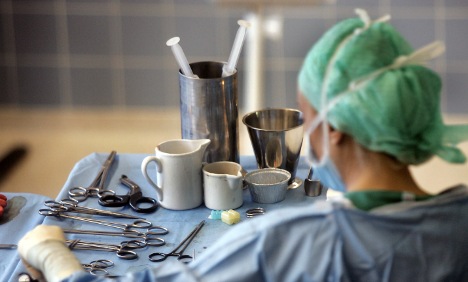 A 36-year-old man needing an operation was tattooed with the image of the Reichsadler, or Imperial Eagle, perched upon a swastika, daily Bild reported on Friday.

The patient’s 46-year-old doctor said he could not reconcile proceeding with the surgery with his conscience, the paper reported.

“I will not operate on your husband,” the doctor told the man’s wife. “I’m Jewish.”

The doctor then had another physician finish the procedure, Bild reported.

Since the end of World War II the public display of Nazi party symbols, such as the swastika, have been forbidden in Germany, and carries punishment of up to three years in prison. The eagle, which was a German national symbol long before the Third Reich, is now called the Bundesadler.