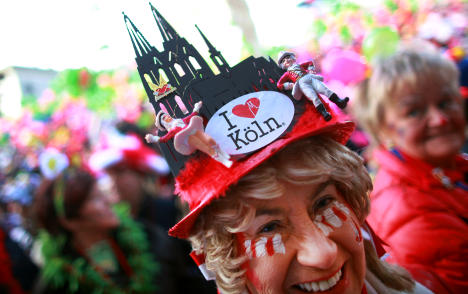 Fans of short film, rejoice: the 26th International Short Film Festival opens on November 16 at the Volksbühne and continues through the following week. This year’s festival contains over 450 short films, 50 programmes, and six competitions, all featuring work from around the world. Besides the Volksbühne, venues include Babylon Kino, Roter Salon, Grüner Salon, Passage Neukölln, and Kino Central.

Though unable to boast a large fanbase, Teenage Fanclub has a dedicated following throughout the world. Formed in 1989 by Norman Blake, Gerard Love, and Raymond McGinley, the Scottish Brit-pop group had moderate success in the UK and US before becoming a favourite of critics and music lovers after their 1991 major-label debut “Bandwagonesque”. Though never breaking out to the big time, Teenage Fanclub is a legendary underground band that rock and pop-loving Berliners shouldn’t miss.

Starting in August, young musicians from throughout Germany will take part in a competition. On November 12, the finalists of this nation-wide competition take the stage at the Quasimodo Music Hall to compete for the grand prize. The judges narrow down the final 11 pieces from over 200 entries. This final competition features a wide variety of musical styles and a taste of the future of German music.

Cologne is famous for its annual Rosenmontag celebration, which occurs two days before Ash Wednesday every year. But Rosenmontag is just the end of the Karneval season in the city. The festivities really begin on November 11 at 11:11 am. Colourful costumes, delicious food, dancing, and of course, lots of beer mark the annual festivities. Be sure not to plan anything for Friday morning, as the celebration goes late into the night.

Location: Throughout the city

As the gateway between the West and the East, Istanbul has long been admired for its rich cultural history and stunning architecture. This week, residents and visitors of Cologne will have the opportunity to explore the Turkish metropolis without having to get on a plane. A number of museums will hold exhibitions featuring art and artefacts from Istanbul. In addition, there will be opportunities for intercultural dialogue with actors, artists, musicians, and filmmakers from Istanbul. Although there is no substitute for the city itself, Istanbul-Tage allows visitors to get a taste of the city in their own backyard.

Price: Depends on location (some are free)

Alfred Hitchcock & Bernard Herrmann: The Master Director and His Composer

Fans of Alfred Hitchcock’s films won’t want to miss this concert event led by conductor Frank Strobel. The music in Hitchcock’s films was as important to the atmosphere as the scenes themselves, and composer Bernard Herrmann was as integral to the success of the films as Hitchcock himself. This multimedia-based concert experience brings the music of Hitchcock’s films to life and will dazzle both the Hitchcock expert as well as newcomers to the legend’s films.

Enjoy an evening of stunning performances as world-famous choreographer Anne Teresa De Keersmaeker brings her talents to Hamburg. Together with Jerome Bel, Keersmaeker sets the performance to the music of Gustav Mahlers. Seeking to express his music through movement, the performance is backed by a musical ensemble directed by Georges-Elie Octors. Already having received rave reviews, this evening of music and dance is sure to please.

While more established filmmakers will be showing their work in Berlin, up and coming and aspiring filmmakers will be showcasing their work in the Bavarian capital. Organized by the non-profit IMF (Internationale Münchener Filmwochen, or Munich International Film Weeks), the festival does not just feature films from Germany and Western Europe. Entries include works from South Africa, Myanmar, Russia, and Poland, to name just a few. At just €4 per screening, it is a cheap way to see a diverse line-up of films.

From Scandinavia With Love

Those seeking a taste of Scandinavia without the harsh winters should check out From Scandinavia With Love at the Staatstheater am Gärtnerplatz. The evening will focus on songs written by Swedish emigres to America during the Civil War in the 1860s. Although mostly known outside of the country for groups such as ABBA, Sweden has a rich history of folk music. The pieces featured during this performance even have a touch of Americana as the emigres blended their traditional songs with the music of the United States.

Do you like horses? No? What about horses jumping over things? The annual Stuttgart German Masters is the premier show-jumping event in southern Germany. Participants compete in a number of competitions including show-jumping, dressage, and vaulting with nearly half a million euros in prize money on the line. The event is not just for seasoned horse fans either: newcomers to show-jumping can marvel at the ballet-like performances of these majestic creatures.