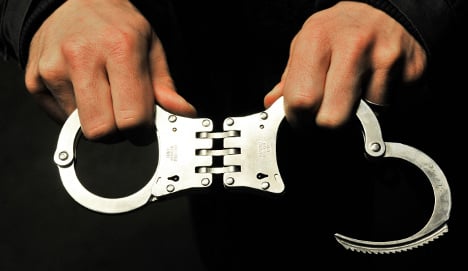 The man, who has not been named, was arrested in Neunkirchen in western Germany. Police were due to release more details at a news conference at around 4:00 pm.

Last month, three videos appeared on the Internet calling for Daniel Schneider to be released or sent to Afghanistan by the end of November. If not, the videos warned of bomb attacks in Germany.

A German convert to Islam, Schneider was one of four members of the so-called Sauerland cell jailed in March for a thwarted plot to attack US soldiers and civilians in Germany.

Schneider, who was jailed for 12 years, released a statement through his lawyer distancing himself from the videos and saying he did not know who was behind them.

News of the arrest came as two people went on trial in Berlin for allegedly disseminating Islamic extremist propaganda on the Internet and raising funds for banned groups.

One of those on trial was Filiz Gelowicz, 29, the wife of another member of the Sauerland cell, Fritz Gelowicz. She appeared in court wearing an Islamic dress covering everything except her eyes.

The other defendant was named only as Alican T., 21. The two were charged in August.