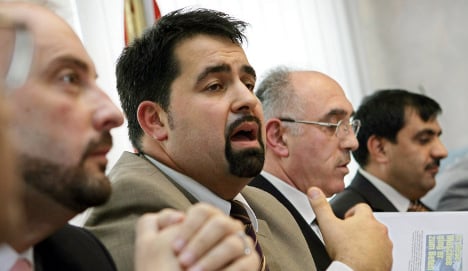 Central Council of Muslims chairman Aiman Mazyek told Thursday’s edition of the Neue Osnabrücker Zeitung that people with foreign names and immigration backgrounds were often passed over for public service jobs despite having the same or even better qualifications than native German candidates.

A quota would be an appropriate way to level the playing field, he said.

Germany’s police forces had already opened themselves up to immigrants, which had benefited the services – and could be improved with quotas – he said.

“Why should the experiences of the police not be applied elsewhere?” Mazyek asked.

His remarks followed a national “integration summit” held on Wednesday and attended by Chancellor Angela Merkel, immigrant community leaders – including Mazyek – and state and municipal officials.

The meeting, which was held to discuss how immigrants could be better integrated with mainstream German society, focused on recognition of foreign qualifications – currently seen as one of the best ways to improve immigrants’ job prospects and therefore their integration.

After the summit, Mazyek accused Merkel’s conservative Christian Democratic Union and its Bavarian sister party, the Christian Social Union, of using immigration and integration as election weapons, rather than tackling them seriously.

He said integration would “not be improved by a multiplication of summits.”

The real work would have to happen in the field, and that including an opening up of the job market, public offices and political parties to immigrants.

“Integration summits are all very well, but this to me was a preparation for the worst,” he said.

The summit had been less a dialogue than a series of monologues, he added.