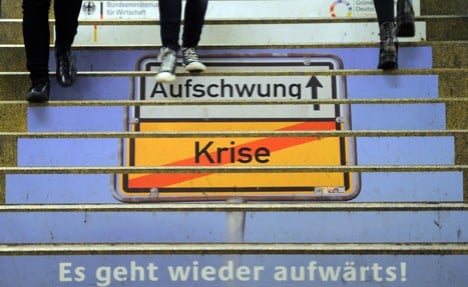 An Emnid survey taken for the Bild am Sonntag newspaper found that 63 percent pointed to “the world economy in general” as the main reason for Germany’s better-than-expected economic recovery.

Only 28 percent said that government policy was to thank for the situation. But 49 percent of supporters of the ruling Christian Democratic Union (CDU) believed the current government’s policies were responsible.

Only 22 percent gave any credit to the job market reforms known as ‘Agenda 2010’ introduced by former Chancellor Gerhard Schröder in the early part of the decade. Among Schröder’s Social Democratic Party supporters, however, 40 percent said his reforms were the main reason for today’s success.