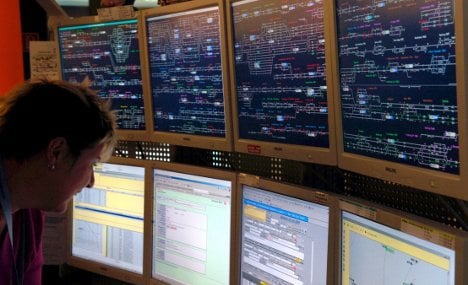 “The crisis control centres will be so massive that they will be capable of operations if the aboveground train station is destroyed,” the magazine wrote.

The Transportation Ministry has reportedly allotted €100,000 for renovations to each of the already existing bunkers, while costs for the new underground centres have not yet been named, according to a draft plan prepared for the parliamentary budgetary committee.

But the ministry and the committee are locked in a dispute over funding, the magazine said.

Deutsche Bahn already receives some €6 million per year for security measures, and the budgetary committee does not want to provide an additional €4 million to build the bunkers.

But the Transportation Ministry continues to press for the money to prevent what it calls the “increased dangers to Bahn sites” by the likes of anarchists, Islamist terrorists and climate change.

The ministry paper compares the dangers to the devastating floods in Pakistan recently, during which “more than 180 bridges were destroyed,” Der Spiegel reported.