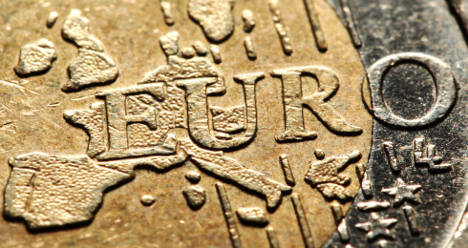 She fundamentally wants a new type of emergency fund set up, which would place a lesser onus on national taxpayers and require more involvement from private banks.

Germany pays the lion’s share into the current pot, but as opposition mounted, a German governmental source said “the chancellor is on the phone to everyone.”

France is formally backing Germany on its treaty change demand – although it has already secured a U-turn from Merkel to allow a permanent fund, its core demand in the debate on how to tighten economic governance, to take shape. The risk is that Germany will not cough up unless it gets enough of what it needs.

Rehn said he would “by far prefer” that national leaders steer clear of demanding a risky rewrite when they gather for a summit in Brussels on Thursday and Friday.

Rehn said the EU could conceivably render a temporary financial safety net that expires in 2012 permanent, as sought by France, through other means. He said the important issue was whether a replacement for the three-year, €440-billion European Financial Stability Fund would be “effective in terms of minimising moral hazard.”

That meant limiting the temptation for states in trouble to keep spending in the knowledge that partners will fund massive overdrafts. The emergency fund was set up this year but is as yet untapped.

Germany argues it needs the treaty – that only came into effect less than a year ago – changed to comply with German constitutional requirements.

Rehn said the European Commission was “exploring legal possibilities and constraints” in an effort to avoid long, drawn-out arguments over ratification. Diplomats fear leaders will only agree to ratify after presenting expensive Christmas shopping lists to partners.

Rehn also came out strongly against German calls to suspend voting rights for repeat offenders, saying “my personal view as a committed European” is that such a move “is not necessarily in line with the idea of an ever-closer union.”

EU Justice Commissioner Viviane Reding went further, saying it “seems completely irresponsible to put illusions about new treaties on the table,” in an interview with German daily Die Welt to appear on Wednesday.

“Have they not understood that it took us 10 years to finalise the Lisbon treaty,” Reding said.

The German governmental source said: “A solution that does not allow for treaty change will not suffice.”

That would be “politically unacceptable” to Berlin, which insists that a procedure is established to cater for insolvent states’ debts to be restructured, the source said.

The source said the “central element” for Germany was the involvement of “private creditors, so that states using taxpayers’ funds are not the only ones available” to rescue failing EU partners.

Germany argues that the changes it wants written-in could be incorporated when Croatia becomes the 28th EU state, which will already require modifications covering decision-making arithmetic and commissioner appointments.

But Luxembourg Foreign Minister Jean Asselborn warned on Monday that a carve-up between the EU’s two biggest powers “leaves a bad taste,” not only because Berlin and Paris appear to be dictating EU requirements, but because “there is a risk that we will be plunged back into months and years of navel-gazing.”