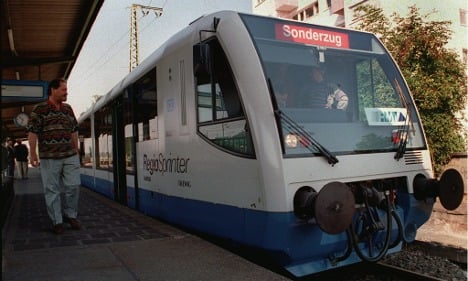 The unions Transnet and GDBA plan to push ahead with threatened nationwide strikes, Transnet chairman Alexander Kirchner said at the weekend.

“You can assume that this warning strike will be extended this week over the whole country,” Kirchner said.

Regional rail travel is expected to be disrupted from Tuesday. National operator Deutsche Bahn will be affected by the strikes along with six smaller, private rail firms.

A Deutsche Bahn spokesman said at the weekend that the firm would put on extra staff “to keep the effects of the strike for travellers as limited as possible.”

The unions regretted the impact on commuters but said the rail firms had to budge on wage negotiations.

The dispute concerns an industry-wide wage agreement for the private firms with regional rail operations. The unions are aiming for a wage scheme that is as uniform as possible. Deutsche Bahn workers are striking in support.

The latest offer from the six major private rail firms in Germany would be expected to deliver wages that were about 20 percent below those of Deutsche Bahn workers, Kirchner said.

“We cannot go along with that,” he said.

He also slammed the rail firms for refusing to join Deutsche Bahn at the table for joint negotiations.

“This sort of child’s play between the employers must stop,” Kirchner said.