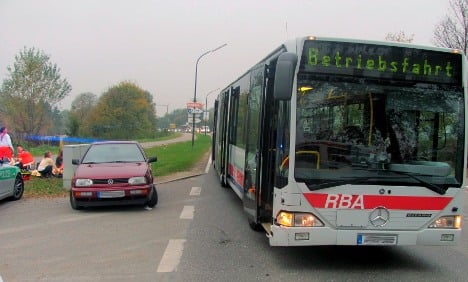 According to police, the 58-year-old woman driving the car rammed the right side of the bus while attempting to merge into traffic around 8 am.

She had apparently not seen the bus, a statement by Ingolstadt-based police said.

Despite the 48-year-old bus driver’s attempt to brake, she was unable to avoid the collision.

About 40 of the 110 students on board were injured, 20 severely enough to be treated in a nearby hospital. Two boys and one girl were said to be critically injured and were transported for treatment via ambulance, the statement said.

The remaining children on board, aged between 10 and 14, were taken to their school, where several others also reported injuries.