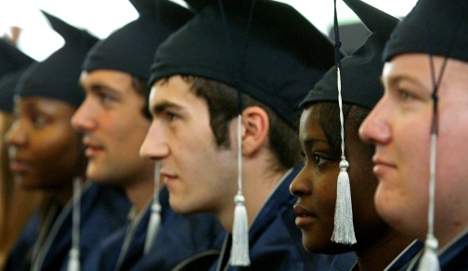 The minister told broadcaster ZDF it was a “sign of respect,” to immigrants, when the German government and employers accepted the value of their professions.

Schavan defended Bavarian premier and Christian Social Union leader Horst Seehofer, who has said he sees no need for immigration from other cultures. Seehofer wanted only a targeted immigration system – a goal everyone agreed on, Schavan said.

“So we’re talking about qualifications and not about religion,” she said.

Other countries had made more of an effort to attract skilled workers, she added.

In Monday’s issue of daily Financial Times Deutschland, Schavan, a member of Chancellor Angela Merkel’s Christian Democratic Union, said Germany could expect to gain 300,000 new skilled migrants by improving the system by which their credentials are assessed.

Schavan wants a new law guaranteeing that foreigners’ applications to have their qualifications recognised will be dealt with within three months. These qualifications must be assessed by the relevant chambers of commerce or professional associations.

Furthermore, the criteria for assessment should be simplified, she said. People who had not worked in the job for which they were qualified for a long time could combine their existing qualifications with supplementary training or education.

Schavan backed a points system for targeting qualified immigrants, along the lines of that proposed by Economy Minister Rainer Brüderle. That meant their professional qualifications would be counted along with their German language skills and other qualities, she explained.

However Interior Minister Thomas de Maizière was less impressed by the suggestion of a point system. There was no professional group that was prevented from coming to Germany by the existing law, he said.

“The existing law is very migrant-friendly, if you use it cleverly,” he said.

Bavarian Interior Minister Joachim Herrmann, meanwhile, blamed industry for the skills shortage, saying that businesses should stop complaining about the lack of skilled migrants and take more care to stop the emigration of German workers to other countries.

“This is clearly not a problem of the German immigration law or the policy, but rather of the attractiveness of work and wage conditions,” he told the Passauer Neue Presse.

Do you have a story to tell about having your credentials recognised in Germany? If so, please contact The Local : [email protected]