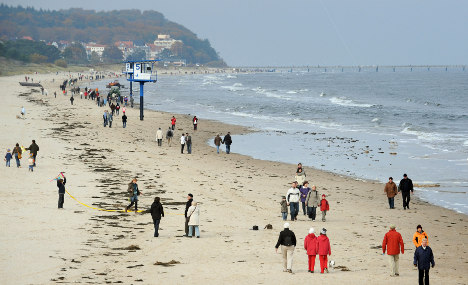 The most recent fire, set some two weeks ago, marked a new escalation in the arson spree, prompting police to intensify their investigation, she added.

Officers have no solid leads on suspects, but have refused to reveal more details despite growing concerns among residents.

“We understand the fears and worries of residents concerned about their homes,” Lemke said. “We are doing something, even when the investigations can’t be made apparent to the public.”

The string of fires on Usedom actually began before those on Sylt this summer. In August Sylt police arrested a 46-year-old suspect after fire fighters put out a series of blazes over the course of a week.

The first fire on Usedom was in June, though. It started with hay bales and scrap wood, but the perpetrator has grown bolder, moving on to animal stalls and a family home, police said.

According to their estimate, the perpetrator has probably observed his targets extensively before lighting the fires, because each time property owners were not home, police said.

“We’re hoping for a quick explanation,” he said.