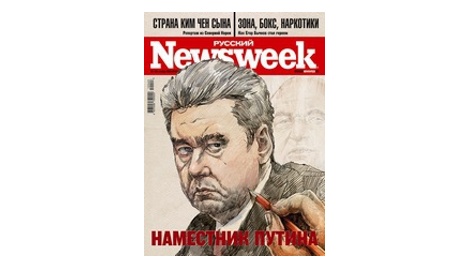 “We are proud that Russian Newsweek has been prominent, award-winning and met the highest standards of journalistic work for six years,” Axel Springer Verlag said in a statement.

“Unfortunately, we failed to put the magazine on a firm commercial footing that would give it a future,” it said.

Axel Springer Verlag, active in 35 countries with over 170 newspaper and magazines titles, including Germany’s biggest daily, Bild, has been under licence since 2004 from Newsweek Inc. to publish the Russian version.

The magazine won respect for its high-ranking sources and ability to probe social and political stories with a frankness few other Russian publications dared to match in an industry dominated by pro-government media.

The editor, Mikhail Fishman, confirmed that the magazine closed for financial reasons in an interview on Monday.

“The reasons are purely economic. The magazine did not generate profit,” Fishman told the Echo of Moscow radio station.

The magazine boldly ignored unspoken taboos in Russia. In a provocative ad campaign last year, a hand holding puppet strings appeared next to the slogan “Trust in the courts is growing in Russia.”

Another showed hands forming the shape of a jail window. “Our business is going over to a one-stop system,” it said. “Everyone knows, we understand,” the ad concluded in a campaign that several billboard companies and the Moscow metro refused to run.

The magazine reported on rehearsals for “live” phone-ins to Putin and leaked confidential government documents. It boasted that it had “no censorship” or “banned topics or untouchable figures.”

The magazine’s previous editor, Leonid Parfyonov, was one of Russia’s most famous journalists, famously sacked from NTV television channel after he refused to accept censorship of his current affairs show.

In March current editor Fishman was targeted in a video, published on the website of a pro-Kremlin youth organisation, which apparently showed him snorting cocaine with a scantily clad young woman.

In a smear campaign, a second video apparently showed him handing a bribe to a traffic policeman.

The disappearance of Russian Newsweek further reduces an already thin field of opposition print media, with the weekly New Times, daily economic newspaper Vedomosti and tri-weekly Novaya Gazeta among the most prominent remaining.