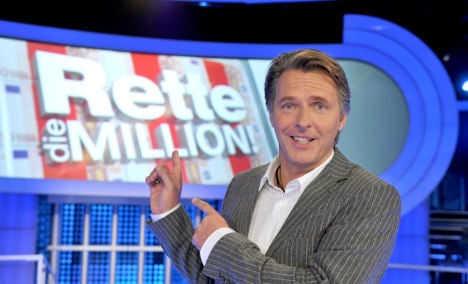 Public broadcaster ZDF’s new game show Rette die Million, or “Rescue the Million,” premiered on Wednesday, and appeared to go off without a hitch. But behind the scenes some 350 studio guests, who paid €12 to see the show, were held hostage during protracted filming operations in Cologne, the WAZ media group’s news portal Der Westen reported on Thursday.

“We had no water to drink, we weren’t allowed to use the toilet,” guest Doris Helbig told the WAZ.

Five hours into the quiz show an entire block of the audience left the studio in protest, but Helbig said she and others stayed – a decision they soon came to regret.

“After that the Endemol production company workers begged the rest of us to stay in the studio and not leave early,” Helbig said.

Then the producers had bodyguards block the studio doors to prevent guests from leaving, the paper said.

“This is imprisonment,” people among the remaining group reportedly called out.

But even after the show concluded and the last contestant left the stage with winnings of €200,000 in cash, the audience was still not allowed the leave, the paper said.

“Next they counted the money,” Helbig said.

According to spokespeople from both ZDF and Endemol, the show was following protocol laid out by their Munich-based insurers.

During the show, contestants actually carry the cash back and forth across the stage to place their bets, and Endemol was responsible for guaranteeing the safety of a “seven-figure sum of cash.” Security measures caused delays, in addition to a late start and new show adjustments, the Endemol spokesperson said.

“I’m extremely sorry,” he said. “We’ll change the operational sequences completely. Something like this will never happen again.”

But Pilawa also admitted: “In parts, I myself didn’t know what was going on there.”