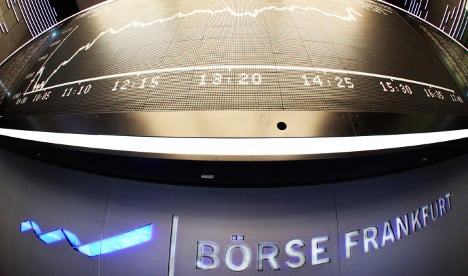 The last time the DAX breached 6,400 points was on September 4, 2008, which was 11 days before the Lehman bankruptcy sent global financial markets into a freefall.

The DAX then slumped to below 3,800 points in March 2009 before gradually climbing back as Germany emerged from its worst recession since World War II.

Asian and other European stock markets also gained after the US Federal Reserve revealed on Tuesday that it might provide more monetary stimulus to underpin a hesitant economic recovery in the United States.

The DAX was also boosted by a positive fourth-quarter sales and margins forecast from the US technology firm Intel (INTC.O), which raised hopes that the technology sector could end 2010 on a strong note.

The index, which is made up of the 30 major firms trading on the Frankfurt Stock Exchange, gained 1.5 percent to reach the new two-year high.