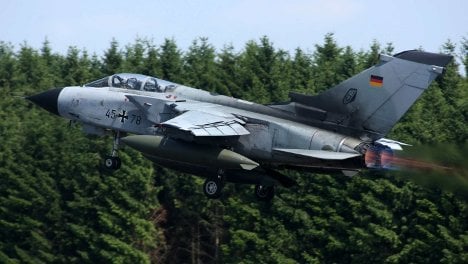 A secret draft of the new NATO strategy which ministers will discuss at the meeting does not mention the removal of the nukes from Germany, the magazine reported.

Rather, further nuclear disarmament of NATO will have to, “take into account the disparity of the much larger Russian arsenal of short range nuclear rockets.”

NATO unilateral disarmament would therefore be ruled out, although the German desire for closer cooperation with Russia will be discussed.

The concept stresses that NATO is aiming for a close partnership with Russia, with the draft stating NATO would, “actively seek Russian cooperation on the question of a rocket defence system.”

Last week the German government said it planned to end the ‘nuclear sharing’ deal with the US and NATO under which its fighter jets could be used to drop American bombs.

There are currently an estimated 22 US nuclear bombs in Germany, stored at the Büchel base in the Rhineland, which Westerwelle wants to send back to the States.

They could be dropped by German airforce Tornado planes, but these are set to be decommissioned over the next couple of years, while the government wants to end the sharing deal by 2013, it was reported last week.