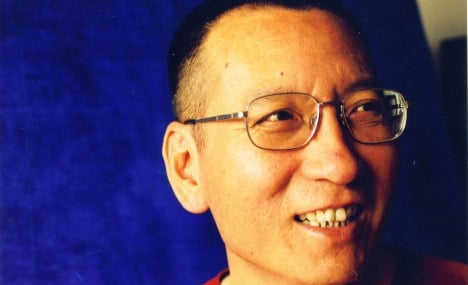 “The (German) government would like to see him released soon and receive his prize in person. The government has pressed for his release in the past and will continue to do so,” spokesman Steffen Seibert told reporters.

“He is a brave man, a man who wants to advance democracy and human rights in his country, but one who knows and has always said that this would be a difficult and drawn-out process that should stay peaceful whatever happens.”

He added that Liu “has abandoned all (feelings) of hate, and when one reads how respectfully he writes about his guards, one can’t help but be impressed.”

Liu, a writer and university professor, was honoured by the Nobel committee for his “long and non-violent struggle for fundamental human rights in China,” committee resident Thorbjoern Jagland said Oslo.

German Foreign Minister Guido Westerwelle told reporters meanwhile that he did not think the “courageous” decision by the Nobel committee to give the award to Liu would affect relations with China.

“I do not expect this to affect diplomatic relations. This is a sovereign, brave and correct decision by the Nobel Prize Committee. This is not something … between two states,” Westerwelle told reporters.

China’s communist rulers jailed Liu, 54, for 11 years for subversion last year following the 2008 release of “Charter 08”, a manifesto for reform signed by more than 300 Chinese intellectuals, academics and writers sponsored by Liu.