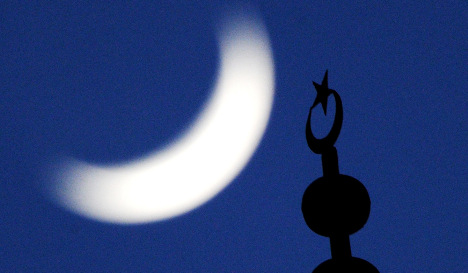 The calls came as the peak Jewish body in Germany blasted recent conservative criticism of President Christian Wulff’s reunification speech, in which Wullf acknowledged that Islam was now part of Germany alongside the faiths of Christians and Jews.

In the wake of Wulff’s speech, the centre-left parties hit back against conservatives who had previously attacked Wulff’s remarks as undermining the core values and traditions of Germany.

“Islam needs a fair chance in Germany,” Dieter Wiefelspütz, interior affairs spokesman for the Social Democrats’ (SPD) parliamentary group, told the Neue Osnabrücker Zeitung. “It would be an important signal to the four million Muslims in Germany if the state recognised Islam as a religious community.”

At present, Christianity and Judaism are recognised by German law as statutory bodies, meaning they can be taught in state schools and have tithing fees collected by the German Finance Ministry as church tax.

Integration policy spokesman for the Greens, Memet Kilic, told the paper: “The recognition of Islam as an equal religious community before the law would convey to Muslims the feeling of being welcome in Germany. The (conservative Christian Democrats) must end their neurotic navel gazing immediately.”

Secretary general of the German Jewish Council, Stephan Kramer, also slammed the conservative response to Wulff’s speech as “close to hysterical” and said it showed “that apparently many politicians even today are shutting themselves off to the reality of an immigrant community.”

He added: “The Muslims living here are part of our society. So of course their religion also belongs in this country.”

Ultimately the right to exercise freely one’s religious beliefs was anchored in the constitution, he said.

Yet the debate within Angela Merkel’s conservatives continued. Bavarian Interior Minister Joachim Hermann of the Christian Social Union said: “Our fundamental values are clearly grounded in the Christian-western tradition. Germany does not want to integrate to Islam but rather to preserve its cultural identity.”

The acting parliamentary leader for the Christian Democrats, Günter Krings, said Islam was a reality in Germany though he did not want to see the practices of some Muslims incorporated into German society.

“There are values represented with Islam that I don’t want to see in Germany culture, such as the position of women in the community,” he said.

But Kramer said practical solutions had to be found as to how a pluralistic society could be developed for the future. Wulff’s critics, by contrast, were “digging out propagandist phrases to create the impression that Germany was facing an immediate choice between the constitution and Sharia law.”

“His speech was an acknowledgement to the people of Muslim beliefs who live here and want to live here,” he said. “But it is clear – and the president also said this – Germany’s religious and cultural roots lie in Christianity and Judaism.”