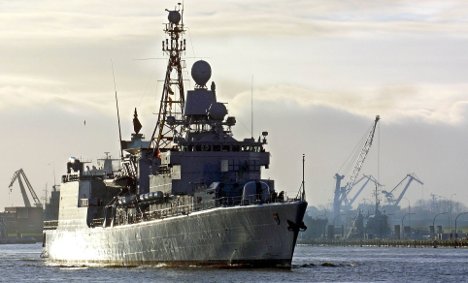 A file picture of the frigate Köln. Photo: DPA

The website of news magazine Der Spiegel reported that the frigate “Köln” received a distress call by a Liberian flagged ship on Sunday, sparking the Germans to launch a helicopter that stopped the assailants by firing warning shots.

The soldiers then searched the boat of the suspected pirates, but they had by that time thrown any damning evidence such as weapons overboard, making it impossible to arrest them.

The aborted attack took place in the Gulf of Aden off the northern coast of Somalia, where piracy has become rife.

The German forces are part of the EU anti-piracy initiative “Atalanta” operating in the region. The parliamentary mandate for this is set to expire in the middle of December.