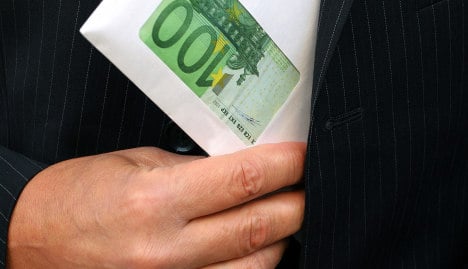 In an interview with German daily Süddeutsche Zeitung, the German finance ministry’s parliamentary state secretary Hartmut Koschyk said he has reached a basic agreement on the issue with German Justice Minister Sabine Leutheusser-Schnarrenberger.

The justice ministry is examining how the pay limit could be made legally binding for employees holding current work contracts that already guarantee salaries higher than the €500,000 cap.

Koschyk said an amendment to the bank restructuring law would “allow for a salary cap that includes existing contracts.”

Despite the tricky question of overriding existing contracts, German parliamentary finance committee leader Volker Wissing told the paper that the action was in the interest of German taxpayers.

The salary cap would apply to all employees at any banks that were given bailout money to stave off bankruptcy during the global economic crisis – including the nationalised Hypo Real Estate, as well as Commerzbank and several other Landesbanken.

Berlin’s move to limit bankers’ pay is widely seen as a reaction to media reports claiming that some 200 employees at several institutions worldwide have passed the half-a-million-euro salary mark, including second- and third-tier managers.

The new rules would take affect next year. A spokesman for Commerzbank would not comment on the government’s proposal or its potential effects. Hypo Real Estate stated that none of its employees receive remuneration exceeding €500,000 each year, including bonuses.