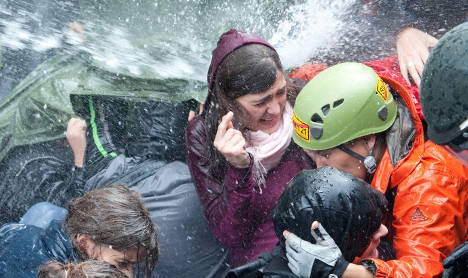 Some protesters were injured amid the violent scenes as police exercised force to clear demonstrators from the Schlossgarten, a Stuttgart park which will be excavated as part of the huge railway project.

Thousands of opponents of the project were attempting to stop building contractors’ heavy equipment from getting in to start clearing 300 trees from the park.

A police spokesman said the officers tried to form a defensive line to ensure the passage of the construction workers. But hundreds of people blocked the way, some of whom also jostled police.

The police then formed a large force of manpower to clear the way, which included water cannons and mounted officers. The spokesman refused to say whether police batons were used.

Baden-Württemberg Interior Minister Heribert Rech said federal police as well as officers from Bavaria, Rhineland-Palatinate, Hesse and North Rhine-Westphalia were helping his own state’s police with the operation.

It was the job of the police to ensure that this legal, approved building project could go ahead, he said.

The police were aiming for a de-escalation of the situation. But criminal acts or blockades were be dealt with firmly, he said.

The Police Union issued a statement appealing to protestors not to take their anger with the project out on police.

“It has been known for a long time that part of the park will be affected during the building project,” union boss Konrad Freiberg said. “If the opponents cannot win the political argument, they have to accept that. Such a project will not be settled in violent conflicts with the police.” 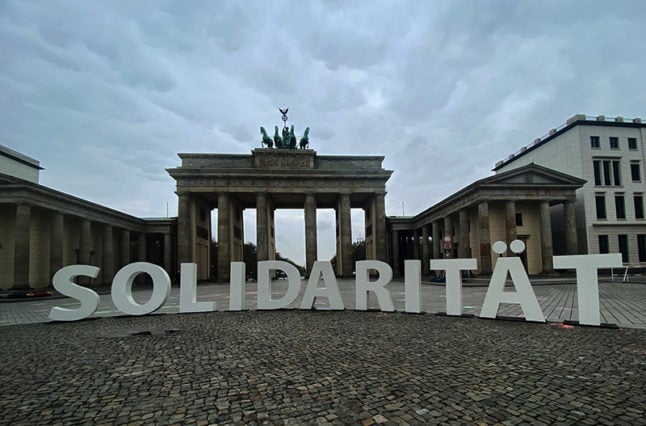