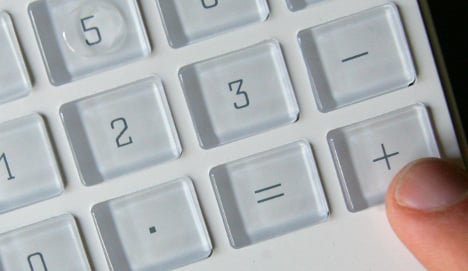 There is “considerable doubt that the numbers are correct,” chief whip for the opposition party Thomas Oppermann told broadcaster ARD, adding that the fundamental calculations in the draft reform must be reviewed by legislators.

“This government fiddled with its reference parameters,” Oppermann said, adding that the coalition should prepare for a chilly reception from the upper house of parliament during the welfare reform debate.

SPD politicians would not simply “wave through” the reform, he told ARD. But they would be willing to make compromises if Merkel’s coalition agreed to address the topics of a minimum wage and an increase in educational opportunities for children.

The government announced on Sunday that it would lift the monthly payment for recipients of Hartz IV long-term unemployment benefits by just €5 to a basic monthly payment of €364, leading to a storm of criticism, with opposition parties, unions and welfare advocates attacking the plan as unethical.

Benefit payments for alcohol and tobacco were also removed from the payment plan.

The change came in response to a Constitutional Court ruling in February that ordered the government to revise the way the benefit rates were calculated in a more transparent way.