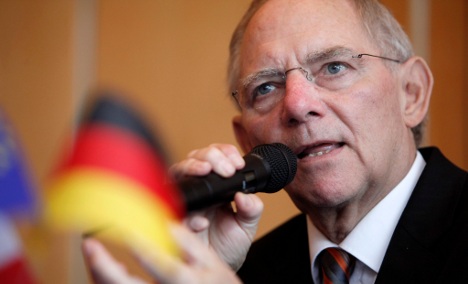 Schäuble, who has been a paraplegic since an assassination attempt against him in 1990, needs to be treated for a skin infection.

“Infections require treatment,” spokesperson Michael Offer said. “The experiences earlier in the year showed that he can conduct his ministerial duties from the hospital.”

In February, the 68-year-old politician had a routine implant which helps paraplegics with their digestion, but the surgery wound has not healed properly.

On May 9, Schäuble was hospitalised in Brussels after he had a severe allergic reaction to a medication during key crisis talks to protect the eurozone. Interior Minister Thomas de Maizière rushed to the Belgian capital to take his place, meanwhile the government denied rumours that Schäuble would step down due to poor health.

Two weeks ago, Schäuble presented his draft plan for the 2011 federal budget, which Bundestag committees are currently debating. If his treatment goes according to plan, the Finance Minister will be back at work in time for the parliamentary vote in late November, his spokesman said.

The conservative Christian Democrat has been wheelchair-bound since a mentally disturbed man shot at him three times during a campaign event in Oppenau in 1990. He was hit in the jaw and spinal cord.