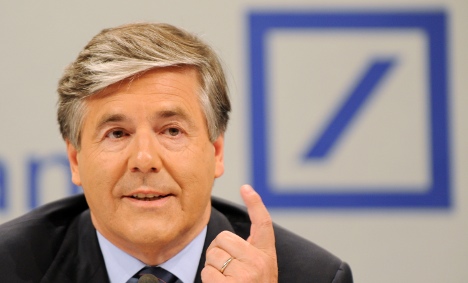 Germany’s biggest bank aims to announce the offering on Monday or Tuesday, in what will be the largest rights issue by a European bank this year, reported the Financial Times, citing people close to the plan.

The news came ahead of a meeting Sunday of global banking regulation chiefs in Basel, Switzerland, to approve new capital and liquidity measures drawn up by the Basel Committee on Banking Supervision, an international watchdog.

Banks will have several years to meet higher capital ratios, but big banks are likely to move fast to reassure markets, according to analysts cited by the paper.

Deutsche is likely to use some of the new funds to increase its stake in Postbank, the German post office bank, which will probably be its main explanation for raising fresh capital, according to the FT. But analysts believe the Postbank deal is a pretext.

The size of the offering suggests its real aim is to bolster capital at Deutsche itself and help the financial giant pull ahead of its weaker German rivals, said the paper.