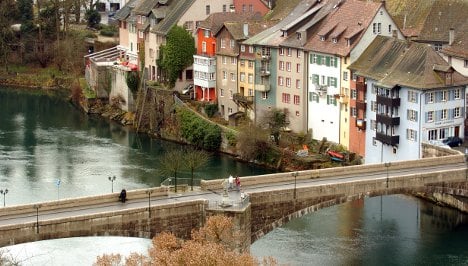 The restoration of a 90-metre long stone bridge over the Rhine River between two towns called Laufenburg – one in Germany and one in Switzerland – has lain half finished for the past two years.

While the German Laufenburg simply got on with the job and repaved its side of the bridge, the Swiss Laufenburg has been locked in a two-year legal dispute because a resident complained the new cobblestones would damage the overall character of the town.

On Friday, the government in Switzerland’s Aargau Canton rejected the final appeal by the disgruntled resident, meaning the restoration can finally be finished.

The Laufenburg twins have an inauspicious track record when it comes to bridges.

The towns hit the headlines in 2003 because of a bewildering blunder during construction of a new Rhine bridge. When the ends of the bridge joined in the middle, they were found to have a height difference of 54 centimetres – meaning it had to be lowered on the German side.

The problem arose because each side was using a different method of calculating the elevation above sea level: the Germans based their sums on the North Sea, not knowing that all along the Swiss were using the Mediterranean.