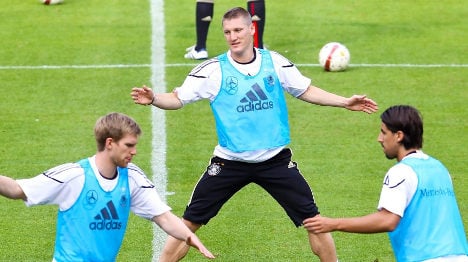 Löw’s young squad finished third in South Africa and, having finished as runnners-up at Euro 2008, when they lost in the final to Spain, they are favourites to win Group A in qualification.

Germany are without captain Michael Ballack, who has been dropped for the Brussels game and next Tuesday’s qualifier against Kazakhstan in Cologne, as he works his way back from the ankle injury which kept him out of the World Cup.

Philipp Lahm will captain the side in Ballack’s absence, but the team will be close to full strength at the Roi Baudouin stadium, the only exceptions being injured defenders Arne Friedrich, Jerome Boateng and Dennis Aogo.

Löw says while his side earned plenty of praise for their World Cup performances, it is now time to put the experience gained in South Africa to good use.

“As nice as the praise for our performances at the World Cup was, a new chapter with interesting challenges is beginning,” he said. “Our goal must be to take six points from our first two games.”

Germany is ranked fourth in the world, while Belgium is ranked 48th, behind Burkino Faso and Venezuela. History is against the Belgians.

No fewer than 14 matches have passed since Belgium’s last win against a side representing Germany when they beat the former Federal Republic of Germany 2-0 in a friendly in Brussels in September 1954.

Under new coach Georges Leekens, who took over in May, Löw expects Belgium to give Germany a hard game at home.

Defensive midfielder Timmy Simons will be making his first appearance in a Belgium shirt for a year as Leekens looks to toughen up his side’s midfield.

“He is a young warrior, the type that does everything he can to succeed,” said Leekens of the 74-times capped, 33-year-old Nuremberg midfielder. “I brought him back to bring some balance to the team.”

Bayern Munich centre-back Daniel van Buyten will be in the heart of the Belgian defence come Friday and admits his side will have its work cut out.

“We have a very talented young squad and really want to finally make it to a big tournament, to do this we need a good start,” said the defender. “Against Germany, it will be very tough, they are really strong.”

Leekens’s squad is under pressure to pick up points against Germany, but have several talented youngsters in their squad.

Teenage striker Romelu Lukaku, who is 17-year-old, has been chased by many top European clubs and Eden Hazard, 19, from French side Lille is also considered an exceptional talent.

Brugge striker Jelle Vossen is a talented forward while Fulham’s Moussa Dembele and Everton’s Marouane Fellaini bring some Premier League experience to the squad and will be led by Arsenal defender Thomas Vermaelen.

Belgium finished fourth at the 2008 Olympics, to give the country some hope, but Simons is aware of the challenge ahead.

“They will punish our mistakes hard, so it is important that we concentrate very hard, but I don’t think victory is impossible for us,” he said.