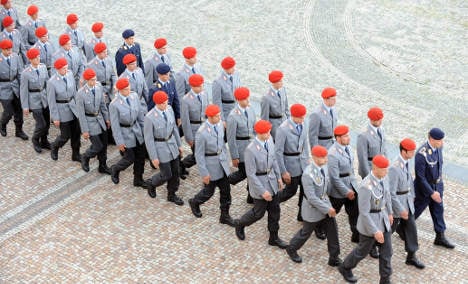 Government sources told daily Süddeutsche Zeitung that Guttenberg favoured this plan to end the country’s conscription programme and cut back on troop numbers, which he will present on August 23 at a joint meeting of defence and foreign relations officials.

The Defence Minister has reportedly jettisoned his previous radical plans to take troop numbers even lower to 150,000, the paper said.

But the ministry feels a military of 165,000 soldiers would be able to fulfil its duties and meet budgetary constraints, the paper added.

Some of the centre-right government politicians signalled they were open to major changes in the Bundeswehr.

On Friday general secretary for the conservative Christian Democratic Hermann Gröhe told daily Berliner Zeitung that the job of the military had changed and officials needed to think creatively.

While a strong military is important to the CDU, “That doesn’t mean one can’t discuss conscription,” he said.

But head of the DBwV German Military Association Ulrich Kirsch insisted that any reforms must be accompanied by billions in government funding to make the changes attractive to soldiers.

“If there is a failure to invest in the people in the armed forces the reform will collapse,” he told daily Mitteldeutsche Zeitung.

“We must be prepared for international deployments and in the coming years or even decades struggle with asymmetrical threats – with terror networks, individual maniacs and organised criminality,” she told the paper.

This summer Guttenberg, of the CDU’s sister party the Christian Social Union (CSU), has come under attack by his own party members, who support conscription. But he has insisted on military reform, saying conscription is too expensive lacks military use.

Germany is one of the few remaining European countries to still have conscription.