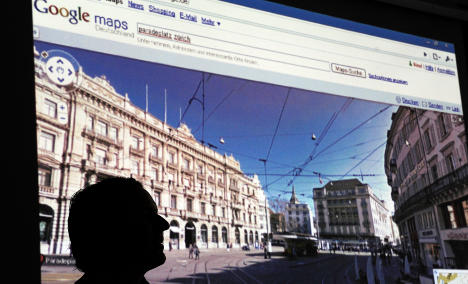 The firm said in a statement it would launch a campaign Wednesday informing home owners, renters and businesses in cities such as Berlin, Munich and Hamburg that they had the option of blurring out their residences or offices.

The move is part of an effort to placate German authorities, who have serious privacy concerns about the service that allows users to view online panoramic still photos at street level taken using specially equipped vehicles.

“Google will roll out Street View for the 20 biggest German cities by the end of the year,” the company said in a statement, meaning Germany will join the list of 23 countries featured on Street View. “Renters or owners can apply to have their building made unrecognisable before the pictures are published online.”

The service allows users to view panoramic street scenes on Google Maps and “walk” through cities such as New York, Paris or Hong Kong. Germany will be first country, however, where Google has been forced to have a campaign informing people of their rights to privacy.

Residents can register their objections via an online form.

Hamburg’s data protection commissioner, Johannes Caspar, slammed Google’s timetable as hasty, saying people were not yet prepared to meet any kind of deadlines in registering their opposition to the programme. He criticised the fact that there was no telephone hotline for people to ask questions.

“People don’t know what to expect here,” he said.

Google’s own privacy commissioner in Germany, Per Meyerdierks said: “The co-operation in my view is running very well.”

The processing of objections would take some weeks, said Google spokeswoman Lena Wagner. After that, they will be put online. “We hope that this will be the case in November,” she said.

Google already blocks out people’s faces and car number plates in the other countries featured on Street View and will do so in Germany.

But Germany has been considerably more vociferous that that other countries about the privacy implications. In April, Consumer Affairs Minister Ilse Aigner and Google reached an agreement after a lengthy dispute under which the company would only provide Street View images from Germany after it had addressed privacy concerns.

Aigner, a fierce defender of privacy rights online, has said she will delete her Facebook profile over data protection issues. She welcomed Google’s concessions as a victory for her hard-line stance.

“My demands and the public debate about Google publishing information about homes and property on the Internet have borne fruit,” her ministry said in a statement.

Germany is especially sensitive to privacy issues due to grievous abuses by the Nazis and East German communists in the past.

“Germany had very unique experiences with data protection during the two dictatorships,” under the Nazis and the East German communists, said internet specialist Falk Lueke of the VBVZ consumers association.

Lueke said the launch would be an experiment for Google and Germany.

“Many problems will only be identifiable once the software is launched,” Lueke said. “For example, will faces be better pixelled out than in Britain, where you can still recognise them?”

The company noted, however, that Germans were already among its most avid users of Street View when making their travel plans abroad, with nearly one million clicks per day.

“That is the problem: no one wants to see his house on the internet. But everybody wants to find photos of their vacation rental,” Lueke said.