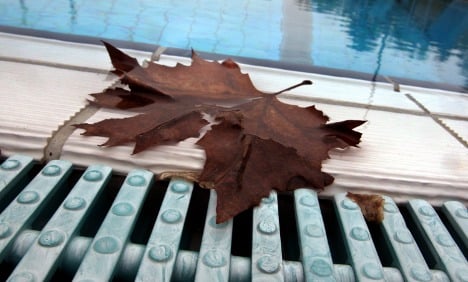 “For the rest of the week and also the coming weekend the weather signs will remain on summer break,” meteorologist Andreas Friedrich said in a statement. “One will have to adapt to autumn-like weather for the next few days mainly in Bavaria, where summer holidays just began.”

Vacationers in the southern Bavarian Alps hoping for summer hiking conditions will be disappointed, with snow expected at altitudes higher than 2,500 metres.

But in the northern and western states the weather will be decidedly friendlier with patchy cloud cover and temperatures up to a pleasant 25 degrees Celsius, Friedrich said.

On Wednesday the sun will continue to shine in the east and the south, where skies will stay dry until evening when rainfall is expected. Highs will reach between 19 and 25 degrees.

Overnight thick cloud cover and rain will continue in eastern and southeastern regions, with similar weather expected for Thursday, when only the north will see sunshine. Temperatures will top out at just 15 degrees in Alpine regions, and up to 25 degrees in central Germany, the DWD said.

More rain is expected in the east on Friday, with even heavier showers further south in Bavaria. Western and northern states will be mostly spared the nasty weather, with mild temperatures and dry conditions. Highs for the day will top out around 15 degrees near the Alps and 25 degrees in the eastern state of Brandenburg.

Friday night will bring yet more precipitation in Saxony and southeastern Bavaria, with possible severe thunderstorms. The same regions will remain cloudy and wet on Saturday, with temperatures expected to range between 20 degrees in Bavaria and 28 in the Upper Rhine region.

Only as the new work week begins will summer reappear, Friedrich said.

“Then all of German can expect high summer weather again,” he said, adding that highs will climb again to more than 30 degrees.