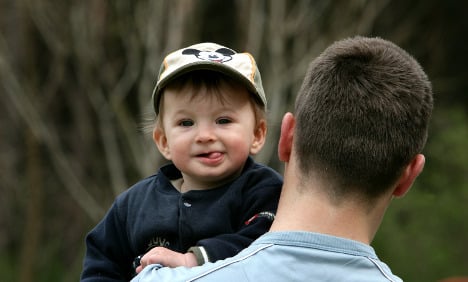 The exclusion of an unmarried father from joint custody is a disproportionate violation of his rights as a parent, the Karlsruhe-based court said, ruling in favour of a North Rhine-Westphalian father’s appeal to gain custody of his son, born in 1998.

The boy, who lives with his mother, sees his father regularly, but the mother has denied him the right to joint custody. A court on Bad Oeynhausen, and another in Hamm both rejected his case, leading him to take it to the highest court in the country.

Meanwhile the European Court of Human Rights had also ruled in December 2009 that the German law – codified by the Karlsruhe court in 2003 to avoid lengthy legal custody battles – discriminated against single fathers.

The Constitutional Court justices admitted on Tuesday Germany’s current law “disproportionally put parental rights of a father below those of the mother, even if this is not in the interest of the child.” The ruling also calls on lower courts to automatically award joint custody to unmarried fathers until lawmakers could pass new legislation ending the discrimination against them.

In anticipation of the ruling, Justice Minister Sabine Leutheusser-Schnarrenberger said just that she had directed officials to draft a new custody law that provides automatic equal rights for fathers.

“I want a reform that shows affected fathers how they can have custody without a previous court ruling,” said Leutheusser-Schnarrenberger after the ruling was announced.

“We want a modern custody law that reflects the reality of society and brings parental rights for unmarried fathers in line with the constitutional requirements.”