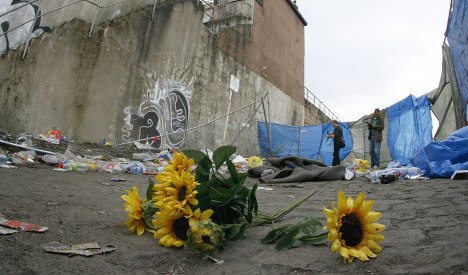 The chairman of the Bundestag interior affairs committee and conservative Christian Democrats MP Wolfgang Bosbach said the political buck stopped with Sauerland, who ultimately had to answer for any mistakes made by city officials.

“Whether I actually signed an order or not is completely secondary,” the CDU politician said – putting himself hypothetically in the mayor’s position.

Twenty-one people were killed and more than 500 injured in a crush that resulted from poor crowd management at the July 24 Love Parade in the North Rhine-Westphalia city of Duisburg.

Sauerland has claimed he was never made aware of security concerns held by police and fire department officials. He also protested that it had not been part of his job to personally sign off on the plans for big events such as the Love Parade.

Bosbach said he could understand Sauerland might not want to resign for fear it would appear to be an admission of guilt at a time when criminal negligence investigations were going on. But the office of mayor was “connected not only with grandeur but every now and then also with a burden.”

He hoped that Sauerland would “come to the right decision on his own, not just in response to pressure from outside.”

Hans-Peter Uhl, interior affairs spokesman for the Christian Social Union – the CDU’s Bavarian sister party – said the Love Parade should “never, ever have been allowed to be approved.”

Uhl sharply criticised Sauerland’s defence that he was not responsible for city officials’ decisions that he had not personally signed off on.

“The mayor doesn’t sign official approval notices himself, but they were signed on his watch, and as head of the city administration, he has responsibility.”

But Uhl also said the police commanders were partly responsible for the tragedy as they had the “legal duty to guarantee security.”