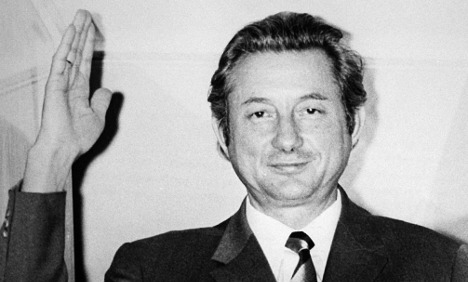 The publicity-shy joint creator of the international supermarket chain with estimated annual sales of €50 billion died on Saturday in the western German city of Essen after a long illness, the company said.

Albrecht was the second wealthiest man in Germany, after his equally reclusive brother Karl. Forbes magazine has described the pair as “more elusive than the Yeti.”

“Aldi mourns a person who was always decent with his business partners and employees and always treated them with respect,” the company said. “We are losing our highly respected founder and a upright person.”

According to the latest rich list by Manager Magazin, the Albrecht brothers were the two wealthiest people in Germany, with Karl amassing a fortune of €17.35 billion and Theo €16.75 billion.

But almost nothing is known about the two, with Theo’s last public appearance dating from 1971, the year he was kidnapped for 17 days and then released for a ransom of seven million deutschmarks (around three-and-a-half million euros).

His kidnapper reportedly demanded he show his identity papers, unable to believe the normal-looking man in simple clothes was in fact the billionaire he aimed to abduct.

One of the rare photos of Theo in existence, from the 1980s, shows a nondescript-looking man with grey hair and glasses. Shunning the limelight, he is rumoured to have preferred collecting old typewriters, orchids and golf. He reportedly had his own private golf course.

He is survived by his brother and by children, but as with his other biographical details, it is unclear how many.

The two brothers owed their wealth to their pile-it-high, sell-it-cheap Aldi chain, short for “Albrecht-Discount,” that sprouted up all over Germany and is now in nearly 20 countries after first appearing in the 1960s.

According to company legend, Karl and Theo were born into a modest family, and their mother opened a small shop when their father, a miner, became too ill to work.

Upon their return from World War II, the pair built up their empire from this one shop.

At the end of the 1970s, they branched out abroad, investing in US retail chain Trader Joe’s, with 350 stores specialising in organic and fair-trade foods.

They had previously carved up their German operations between them, with Theo running the business in the north, his brother in the south.

Weakened by illness, Theo long ago handed over the reins of the operations but he reportedly continued to go into the office on a daily basis until a very advanced age.

According to an old profile by daily Süddeutsche Zeitung, he “always turns out the light behind him, insists that colleagues write on both sides of a piece of paper and always checks where the emergency exits are in hotels.”

“There are very few people who have dominated an entire section of the economy,” said the German retail association, the HDE. “Theo Albrecht did so.”

Der Spiegel magazine said on its website that Albrecht was buried on Wednesday in a small private ceremony.