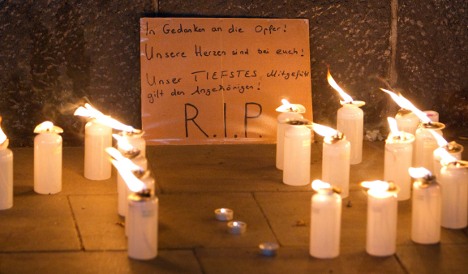 The woman came from the town of Heiligenhaus near Essen in North Rhine-Westphalia, Duisburg state prosecutor Rolf Haverkamp said.

The precise causes of the woman’s death were not yet known, Haverkamp said.

North Rhine-Westphalia Interior Minister Ralf Jäger is due at 3 pm to make public an interim report on the tragedy, which daily Süddeutsche Zeitung has reported will accuse the organisers of dismissing fears over safety flaws and misjudging the management of the crowds.

Thirteen women and eight men have now died because of the stampede, which happened Saturday afternoon at the Love Parade techno festival after crowds built up in a tunnel leading to the dance area.

At least 500 people were injured in the crush.