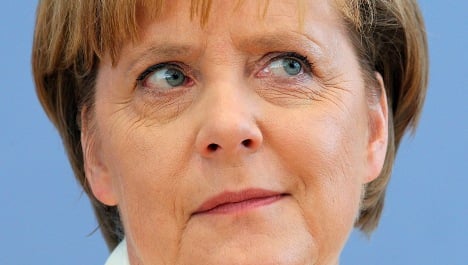 The poll, published in Stern magazine and on broadcaster RTL, put the ruling Christian Democrats (CDU), combined with their Bavarian sister party the Christian Social Union, at 29 percent. Their junior coalition partners, the pro-business Free Democrats (FDP) picked up a point but are still languishing at just 5 percent.

The three parties together have their weakest support since the poll began in 1986.

The last time the conservative CDU-CSU parties fell below 30 percent was at the height of the party funding scandal in 2000 – a debacle that ironically helped pave Chancellor Merkel’s road to the leadership.

At the federal election last September, the conservatives scored 33.8 percent – a mediocre figure even then that was rescued only by the FDP’s strong performance.

In the current poll, the centre-left opposition Social Democrats scored 28 percent support – their best result so far this year – putting them just one point behind the CDU-CSU. The other parties were unchanged: the Greens maintained their record high of 19 percent and the socialist Left party stayed on 11 percent.

Were an election held this weekend, the Social Democrats and Greens would be within striking distance of forming a majority coalition.