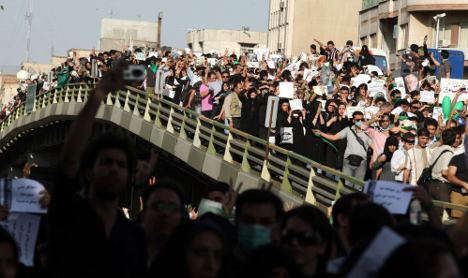 It has taken months for German authorities to conduct enough checks to be satisfied that the applicants really needed to leave Iran. They have been stranded in Turkey for months, awaiting the German decision, according to a report in Der Speigel magazine.

Of the 50 dissidents, 12 have already moved to Germany, the interior ministry has confirmed, while another one person will follow this week. A further 26 have been selected by the federal office for migration and refugees as suitable, while the applications of 11 more are still being checked.

The German government had initially spoken of offering between 10 and 20 asylum-seekers the right to come, in order to fulfil a promise made to those who took to the streets of Tehran during last year’s revolt, but were beaten down by security forces.

Then the government pledged not to abandon those who had risked everything to challenge the Iranian government after a controversial election last year.

Exiled Iranians in Germany joined forces with the organisation Reporters Without Borders, which supports press freedom around the world, to pressure German politicians to grant asylum to more than the initial quota.

Many of those who are seeking safe haven here are journalists who were critical of the Iranian government and now fear for their lives. Most have come to Berlin, according to human rights activist Mehran Barati, although others are also in Hamburg and North Rhine-Westphalia.