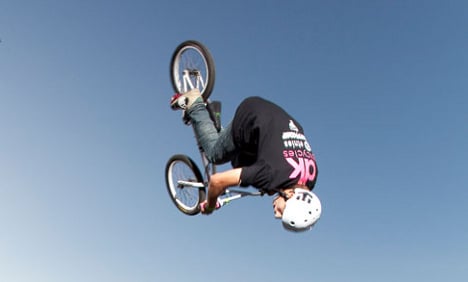 Some of the finest in classical, opera and pop-symphonic music comes to Berlin’s majestic Gendarmenmarkt this summer for a series of outdoor concerts. Though ticket prices may seem steep for an open air performance, the quality is well worth it. Of course, you can also enjoy the show on the surrounding square for free.

Just as the city’s other performance venues are winding down for the season, Berlin’s Komische Oper kicks off its 2010 line-up with a festival of six different comic operas: Verdi’s Rigoletto, Reimann’s Lear, Donizetti’s Don Pasquale, Handel’s Orlando, Beethoven’s Fidelio and Offenbach’s La Périchole.

A stunning series of pyrotechnic displays, dramatic lighting of buildings and candles makes Cologne Lights in an exciting participatory event. As a parade of rocket-shooting boats makes its way down the Rhine, onlookers bear candles handed out to the public at bars and restaurants. For the finale, a boat loaded with fireworks is towed into the harbour so as to “crown” the neighbouring cathedral.

Around 300 BMX competitors from across the globe gather in Cologne’s Jugendpark for the BMX Masters this week. Stunned audiences look on as contestants give new meaning to the term daredevil: extreme tricks are sure to please, as extremely talented athletes defy gravity. The even is considered one of the most important freestyle sporting events of the year, so don’t miss it!

Combined with its sister parades in Berlin and elsewhere in Europe, Christopher Street Day parades make up one of the largest sequence of gay celebrations on the planet. Frankfurt’s rendition is anticipated to draw some 100,000 people with a parade that will snake through the city’s streets followed by an ample supply of parties.

Frankfurt’s short film festival – featuring films are short as one minute – takes place against the striking backdrop of Höchst Castle in the city’s similarly named western district. The freshest short films from across Germany are shown on an outdoor screen, featuring everything from comedies to horror. A diverse programme keeps things interesting: in the end, viewers even get to decide who the festival’s Škoda Award goes to.

One of the most prominent German music festivals of the summer, Melt hosts some of the biggest names in electronic and indie music – making the trip well worth it. Ferropolis – an island in a lake between Berlin and Leipzig – serves as the festival location. This year’s line-up features Massive Attack, Modeselektor and WhoMadeWho. The festivities are currently sold out, although tickets can still be won (see website for details).

It’s an extreme – and extremely good – time for the most dedicated Schlager fans, and maybe even some newbies, if they get enough to drink. Schlagermove takes over Hamburg’s Heiligengeistfeld, as well as a large chunk of the St. Pauli district with its truck parade, complete with shiny clothes and non-stop dancing. The party tents are where it’s at following the Saturday parade: brace yourself for a nice helping of classic and cult Schlager hits.

Classical Music on the Odeonsplatz

The Munich Philharmonic Orchestra celebrates its 10th anniversary of classical performance on Munich’s Odeonsplatz. What started as a one-time event in the year 2000, has since become an annual affair, drawing around 16,000 people to the square over two days. The evening setting allows audiences to enjoy the performance under a star-lit sky, surrounded by some of the city’s most incredible architecture, including the Theatinerkirche and the Royal Residence.