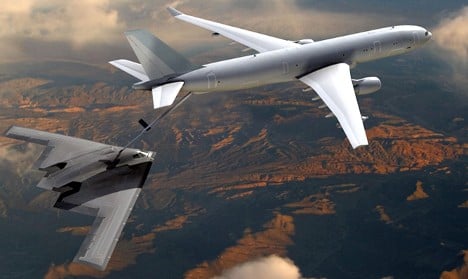 Airbus has cut the proposed cost for the contract to build 179 aerial refuelling tankers by at least 10 percent from the level in a previous offer in 2008, the Financial Times Deutschland (FTD) reported, citing industry sources.

Last week, the two competitors submitted their offers to Washington, setting the stage for a high-stakes transatlantic trade scrap. It will be the third time the contract has been awarded.

In 2003, Boeing won the deal, but the decision was overturned after a conflict of interest emerged between the Pentagon and the aircraft manufacturer.

Five years later, Airbus won a second call for proposals in a joint bid with US firm Northrop Grumman but again the decision was annulled when the US Government Accountability Office found the offers were incorrectly analysed.

The Air Force is expected to make its decision by November 12.

The project, worth an estimated $35 billion to $40 billion (€27.7 to €31.5 billion), is seen as crucial for bolstering US air power and will be a financial boon for the winning firm.

The FTD said that the deal could be worth as much as $100 billion when follow-up contracts were taken into account.