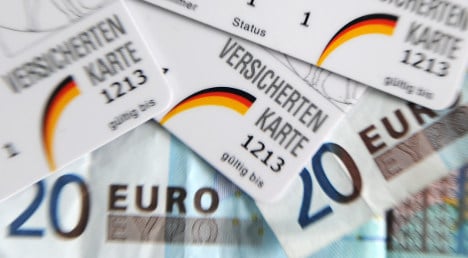 As the dust settled on Health Minister Philipp Rösler’s plan to lift contributions from 14.9 to 15.5 percent of gross income and allow insurers to charge higher “additional contributions” when they need to, critics savaged the plan across the country.

Doris Pfeiffer, head of the Association of Statutory Health Insurers (GKV), said the plan fell well short of the possibilities for much needed-reform. Incomes of doctors and hospitals had never been so high, she said in a statement. Savings of at least €2 billion each on hospitals and doctors were possible in the next year, she said.

The head of health insurer AOK Bayern, Helmut Platzer, told daily Straubinger Tagblatt the changes could even spell the end of consolidated insurers – the central pot of money that all statutory insurers share to pay out claims, introduced by the former “grand coalition” government.

Conservative politicians, meanwhile, defended the changes. The Bundestag is set to debate the issue of health reform Wednesday.

As part of the plan, the government also aims to encourage billions in savings on payouts for pharmaceuticals, doctors and hospitals, as well as cuts to the administration costs of the health insurers themselves.

The Social Democratic health minister of the state of Mecklenburg-Western Pomerania, Manuela Schwesig, said the core problems of community health, such as doctor shortages and disease prevention, had not been addressed. The biggest savings were to be made in pharmaceuticals, she said.

Savings on regional hospitals, by contrast, would affect areas with poor infrastructure – where many older and sicker patients live. The aim to increase efficiency by 30 percent would “lead to poorer care in the rural areas,” she told the Hannoversche Allgemeine Zeitung.

Head of the union Verdi, Frank Bsirske, told the Frankfurter Rundschau that the pro-business Free Democrats – the junior coalition members and Minister Rösler’s party – had once again shown themselves to be the party for the wealthy. The higher “additional contributions” would mainly burden workers, low income-earners, pensioners and students.

Health economist Friedrich Breyer, from the scientific advisory council to the Ministry of Economics, was also critical if the savings plan, telling Handelsblatt targeted cuts by the government were “a serious mistake” and should be left to the insurers.

“The insurers themselves would have a much high incentive to negotiate discounts with hospitals and the pharmaceutical industry than the government,” he said.

Christian Democrats health policy specialist Jens Spahn defended the plan and said further reforms were planned. It was about “a fair package” of contribution increases and savings, he told Die Welt.