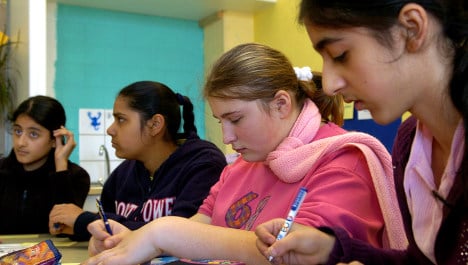 The integration report, to be presented in Berlin on Wednesday, found that 13.3 percent of children with immigrant backgrounds are leaving school without a certificate – one third more than in previous years – daily Die Welt reported on Tuesday.

The report found that while there is a small group of elite, immigrant youngsters who are gaining high qualifications, there is a growing number who have virtually no prospect of gaining an apprenticeship or training place after school – and therefore little chance of entering the job market.

It is also a problem among the broader German population, the report says, with the number of students leaving without any qualification climbing across the board from 5.4 percent in 2005 to 7 percent.

The report follows the recent release of a damning report that found that just one-tenth of students from immigrant backgrounds graduated from elite, university-track high schools under Germany’s tripartite school system.

That compared poorly with the one third of German students graduating from a Gymnasium, according to the study by Paritätische Wohlfahrtsverband, an organisation dedicated to social justice.