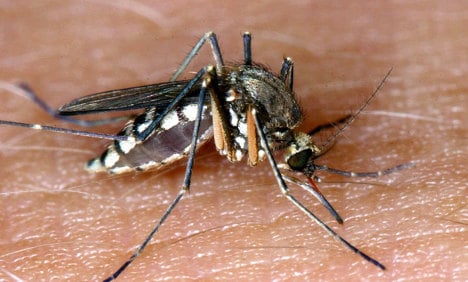 Heavy rains in early spring combined with the extreme heat of recent days have created the perfect breeding conditions for the insects, said the scientist, who has researched mosquitoes for more than 30 years.

In high summer the mosquito life cycle takes just one week, he explained.

“The larvae can survive the winter with no problem in eggs at temperatures below minus 30 Celsius,” he told the paper.

All the tiny pests need to grow is water and warmth, both of which are available in abundance in the country right now.

“In some places it can be that in two minutes several hundred mosquitoes will begin following a pedestrian,” said the scientist, who is the educational director of a community action group against mosquitoes in the Upper Rhine region.

According to expert Matthias Liess, who works at the Helmholtz Centre for environmental Research in Leipzig, climate change will bring even more mosquitoes as the years go on thanks to higher temperatures and increased rainfall. But Liess told the paper he may have a natural solution to fight the impending plague – water fleas.

“The mosquitoes settle mainly in short-lived bodies of water, places where they have no natural predators or competition for food,” Liess told the paper.

But in a recent experiment at a nature reserve near Dessau, Liess added some artificial competition, mixing water flea larvae with mosquito eggs to test his theory.

“It works,” he said, adding that the mosquito-fighting method would be particularly easy to implement in home gardens.