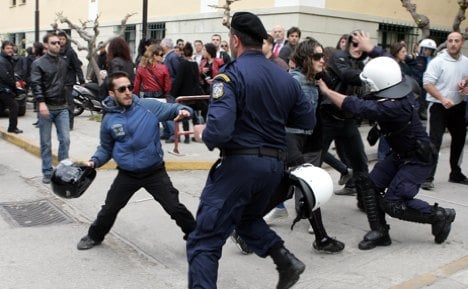 According to a report in news magazine Focus, the Interior Ministry has written a strategy paper proposing that the Office for the Protection of the Constitution, or Verfassungsschutz, widen its help programme for right-wing radicals to “include left-wing radicals and Islamist extremists.”

The scheme, which has been trying to rehabilitate right-wing radicals since 2001, includes a hotline, which will be set up in the autumn.

The programme for the Islamist scene is to be called “Hatif”, an abbreviation for “out of terrorism and Islamist fanaticism,” and will be implemented soon. Hatif also is Arabic for telephone.

Crime statistics indicate that left-wing violence is gaining ground in Germany, especially in larger cities like Berlin and Hamburg, and there have been growing calls from conservative politicians to treat it as a threat as big as right-wing extremism.