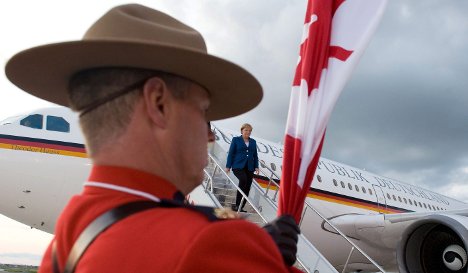 “We have to talk about investment and not only austerity packages,” Gabriel told the Financial Times Deutschland. “If the entire world acted like Ms. Merkel, and only cut spending, who would actually be buying the products of an export champion like Germany?”

But a defiant Merkel said before heading to the G8 and G20 summits of industrial and developing nations in Toronto this weekend that her government was sticking to its €80-billion austerity package. She said she would relay Berlin’s standpoint in her talks to world leaders in Canada.

Gabriel, however, said Germany could not expect to recover from the global economic crisis at the expense of other nations. In particular, he said the government needed to do more to spark great domestic demand by ensuring a minimum wage and better pay packages for workers.

“The crisis will only be over when we end the status quo,” Gabriel said. “The chancellor is simply hoping improved growth can cover up the fact that she’s no longer governing.”

The SPD leader also slammed Merkel for not better coordinating German demands for greater regulation of international financial markets with Berlin’s partners ahead of the summit.

“We have to responsibly reduce deficits that are too high without endangering growth – Europeans are completely united on this,” he told public broadcaster RBB. “Solid fiscal policy and pursuing growth and job creation are not contradictory in Germany.”

Schäuble also pointed out that the United States could hope to reduce its national debt with its growing population through economic expansion, but shrinking Germany could not.

He reiterated Berlin’s intention to push through a bank levy to help pay for the cost of last year’s unprecedented financial crisis – even only in Europe if there was no consensus among G20 members.

The leaders of the G8 industrial nations were to meet on Friday before they are joined on Saturday with the heads of the world’s top developing nations under the auspices of the G20.