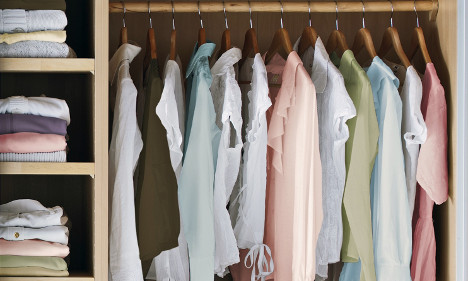 The man had spent the night with his girlfriend when they were interrupted by the woman’s former partner, a statement from the North Rhine-Westphalia police said.

Fearing reprisals from the burly former boyfriend, the new lover sought refuge in the cupboard and locked himself in, whereupon his pursuer stood banging on the apartment door shouting, “Come out! I’ll kill you!”

Seeing no other way out, the new boyfriend quietly called the police from the wardrobe. The police at first struggled to take the man seriously, until they heard the commotion continuing in the background.

They immediately sent two patrol cars. When they reached the apartment and, from outside the front door, decided the aggressor had left the scene, they called the frightened man back on his mobile phone and told him it was safe to come out; the coast was clear.

The officers then escorted away the man who “had apparently lost his enthusiasm” for staying at the apartment, the police statement said.

His new girlfriend, meanwhile, gave “a rather relaxed impression” of the situation, the police statement said.

“Her challenge is confined now to tidying up the wardrobe,” they concluded.